Provided it wins the upcoming elections, the United Progressive Party (UPP) will dissolve the National Asset Management Company (NAMCO).  The Party notes that it has not brought any significant economic returns to the people of Antigua and Barbuda, as promised by the Gaston Browne Administration.

NAMCO, established in 2017, had been touted as a vehicle to pursue worthwhile projects and investments that will bring significant benefits to the country.

However, despite the many business pursuits in which NAMCO is involved, the Government has reported no profits and continues to complain about its lack of money.

Accordingly, Harold Lovell, Political Leader of the UPP, in a national broadcast last night, October 13, said the company has not been transparent and presents only another level of bureaucracy.

He says it will be audited and then dissolved, and a more relevant strategy, led by the private sector, would be pursued; and any shares NAMCO owns would be sold to citizens and residents.

Further, Lovell says, any money currently held in NAMCO’s accounts would be transferred to the Government’s consolidated fund.

The Political Leader notes that trust is an important pillar of any democracy.  But the Browne Administration is not trustworthy, he says, since it persists in keeping the financial audited statements of NAMCO from the public. 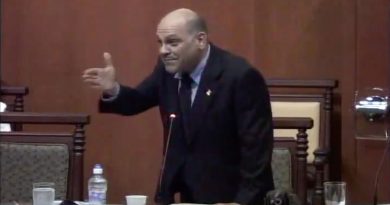 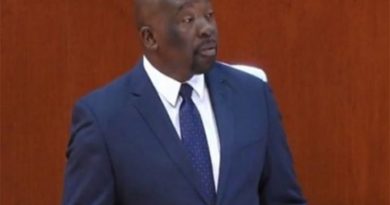 While Government ignores Swetes Basketball Court, MP Pringle says he is pushing ahead with resurfacing project