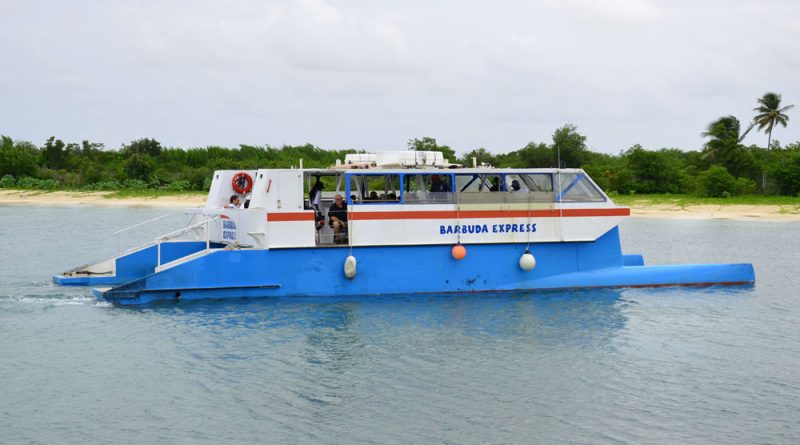 From today, Monday, August 29, Barbudans will begin to pay a $5 fee, each way, on the ferry traveling between the sister-island and Antigua.

This was agreed to by the Cabinet and the Barbuda Council and is being managed by former Senator Linton Thomas.

Thomas explains that the fee is being implemented to generate funds for necessary repairs at the dock and to construct restrooms at the Port, since there are no such facilities at present.

He says the fee structure is similar to what exists between St. Kitts and Nevis and other Caribbean territories that utilize the services of a ferry.

Thomas says the ferry operators are responsible for collecting the money, which will be confirmed by the Council through a review of the manifest.

The former Senator says this fee should have been implemented earlier, and promotion had taken place on the sister-island, with many Barbudans supporting it at the time.

However, with the current economic situation, many are now commenting that the fee is “over-do,” Thomas says.

Despite this, he says the fee will be standardized, as the Council seeks to modernize the dock. A shed to protect persons during the rain, as well as kiosks, are to be constructed at the latter stages of the project.

Thomas says it will take money to effect all the plans for the area, but the Council will start with the bathrooms.

Meanwhile, Thomas says the Council has been trying to implement its development plans for the past year; but it met with some resistance, and questions were raised about its authority to commence work at these locations.

However, the Council is a local government and, according to the Constitution, is responsible for repairs to all government buildings and the dock, he explains.

Reportedly, there are two ferries currently operating between Antigua and Barbuda.