As the Magistrates Court sitting for the second quarter closed in Barbuda today, Thursday, some people on the sister-island were still outraged at a statement made on Tuesday by Chief Magistrate Joanne Walsh.

They allege that, on June 28, Walsh threatened to jail 22 Barbudans who are accused of trespassing on the property of the Peace Love and Happiness (PLH) project during a picket on September 18, 2021.

After that incident, Prime Minister Gaston Browne had said publicly that they ought to be thrown into jail.

The legal matter has been dragging on in the court for some time now, and a court watcher says he understands the Chief Magistrate’s frustration at the long delay. However, he believes the threat to jail the Barbudans was out of order.

Further, the critic says, her threat amounted to a judgment and sentence before the case has even been heard.

Also upsetting some Barbuda Council officials was the prosecution’s request to have the matter tried in Antigua. This would mean that the 22 accused persons would have to travel to the mainland to accommodate the testimony of two police officers now stationed here.

Fortunately for the Barbudans, this request was opposed and subsequently denied. However, given the cost of travel to, and accommodation in, Antigua, the request was perceived as yet another demonstration of the bias against sister-islanders.

The court-watcher says he believes the political authorities intend to use the legal system to intimidate them and dampen the spirit of protest in Barbuda. 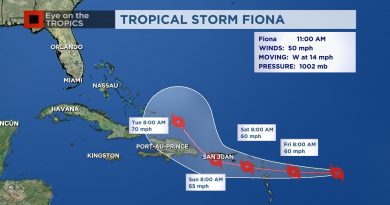 Tropical Storm Warning now in effect for Antigua and Barbuda, with Fiona expected to cross Leewards on Friday night 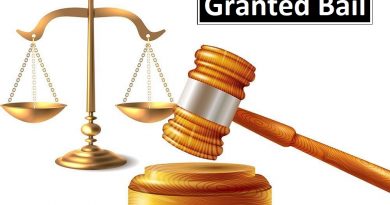