Law-enforcement officers are investigating two separate incidents of robbery involving what is believed to be the same man and occurring four days apart.

In the first incident, a Point woman reported to the Criminal Investigations Department that she had been robbed of a blue purse containing $500 in cash and her house keys.

She alleged that, while she was walking on a by-road in The Point, a young man whom she does not know came up to her and shouted, “Hey! Gimme all you got.”

He was dressed in a black shirt and black long pants and was riding a bicycle at the time.

Reports are that he then grabbed her purse, but she would not give it up; and the robber began to beat her about the body with his hands. The woman says she eventually relinquished the purse and the perpetrator took off with it into a nearby alley.

The victim, who was reportedly in a state of shock, had to seek medical attention after the ordeal.

Following her report, the Police mounted a search for anyone fitting the description of the robber – but without success.

This offence reportedly occurred on June 4 at about 8:45 p.m.

Meanwhile, in a separate incident, a Potters man was robbed of his black Samsung Galaxy cellular phone and $30.

The man reported to the Police that, while walking from east to west on the Queen Elizabeth Highway, two unknown young men came up to him and shouted, “Gimme all you got,” while holding a knife to his head.

After the man handed over his phone and wallet, one of the men allegedly grabbed them and removed the cash. The duo then ran from the scene, leaving their victim shaken.

Reportedly, one of the men was wearing a black hooded shirt and the other wore a long grey hoodie and a pair of black long pants. A search was carried out for anyone fitting their description, but without success.

This offence reportedly occurred at about 3:25 a.m. on Tuesday, June 8. 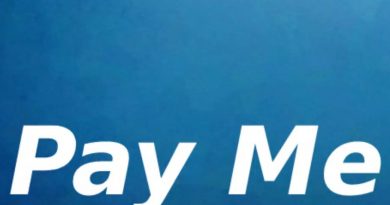