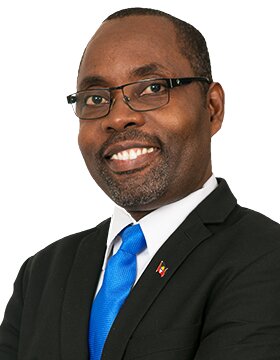 Senate Minority Leader Richard Lewis is denouncing the blatant politicization of a public consultation on the expansion of The University of the West Indies Five Islands and the proposed relocation of the Five Islands Primary School.

To promote the event, a flyer has gone into wide circulation via social media.

However, the invitation features a photograph of Senator Gail Christian, who is neither attached to the Ministry of Education nor the area’s sitting representative.

What she is, however, is an Antigua Labour Party candidate in the upcoming elections, contesting the St. John’s Rural West constituency in which The UWI Five Islands and the primary school are located.

Lewis says it is apparent that the Government and the Ministry of Education are making the event into a political one to boost Christian’s chances.

Accordingly, he is calling on Education officials to act in the best interest of those who will be impacted by the University’s expansion and the subsequent relocation of the primary school – especially the students.

An aggrieved woman is also accusing the Ministry of politicizing the consultation and says Christian is seeking election mileage.  Further, she asks whether the event is only for parents and residents who support the Labour Party.

The consultation, which will be chaired by Minister of Education Daryl Matthew, will commence at 6:30 p.m. at the University’s campus.

Another resident says she finds it ridiculous that Matthew is promoted as hosting the event.  Rather, she says, he should be a part of a panel – comprising officials of the University, the primary school, and other technicians – that will share information and answer questions from concerned citizens.

Meanwhile, some people have already expressed trepidation about the school being relocated.  They have no issue with the expansion of the University, they say, but this should have been considered before The UWI was established at that site, which was designated for a secondary school.

The expansion of the University will likely cause a number of families to be displaced, since it is expected to occupy 40 acres of land, when completed, and comfortably accommodate 11,000 students.

According to the Government, the objective of the expansion is to make The UWI Five Islands even more attractive to OECS citizens.

The Cabinet has already pledged to invest US$75 million in two years in order to make it a world-class campus serving the sub-region. 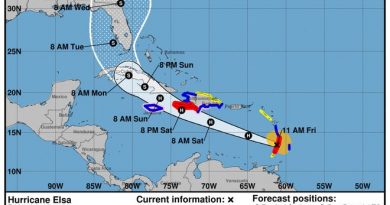 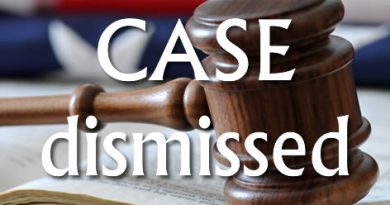 Snap elections in Antigua and Barbuda would find the UPP battle-ready, Pringle assures