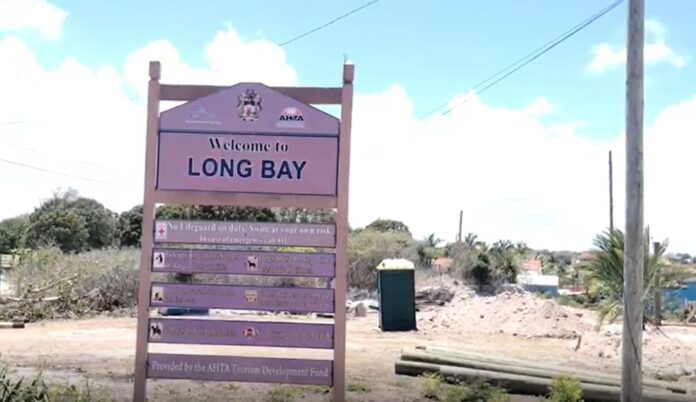 REAL News correspondent George Wehner broke the story on Sunday, April 10, raising questions about the identity of the developers, since it is not the previous owner.

If the construction is taking place on Crown land, he claims that “instructions will be given to DCA (the Development Control Authority) to have the structure removed.”

According to Browne, that area of the beach has been reserved for use by the people of Antigua and Barbuda.

However, a member of the United Progressive Party tells REAL News to “pay attention to the ownership of the land.”

Based on who the developers are rumoured to be, the St. Phillip North resident believes that the land has already been purchased and is now privately owned.

He says the practice in that constituency is for permission to be given for “use of the land,” while a senior political player quietly buys the very spot being used – for later re-sale.

Accordingly, the Willikies resident says he fully expects the Prime Minister to announce that the land in question is not the property of the Crown, after all, and that construction will go ahead.

Meanwhile, some residents say that PM Browne does not appear to have a handle on what takes place in the country; they note that when important issues arise, he often claims to have no knowledge of them.

Wehner’s video report shows a cordoned-off area, with a number of posts already planted, framing what is expected to be a restaurant.

Sources say the new business is already under contract with the cruise-tourism authorities and will be providing food and leisure services to visitors in the coming Winter Season.

Under the United Progressive Party Administration, three acres of Long Bay land had been earmarked to create a public beach park, with set-asides for at least three restaurants owned by local people.

Concerns are now being expressed about access to the beach by neighbouring villagers and other residents who frequent Long Bay during public holidays and on the weekends. 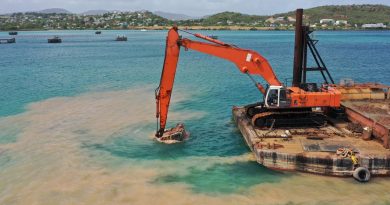