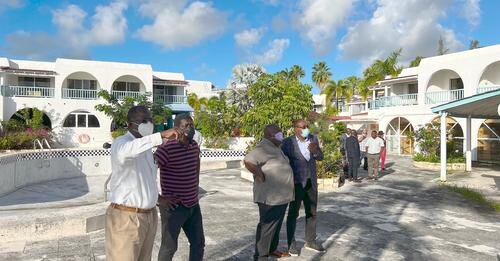 As former Jolly Beach workers wait patiently for their severance and gratuities, the Browne Administration continues with its plans to acquire the one-time pristine resort.

On Tuesday, February 22, Prime Minister Gaston Browne and Minister of Works Lennox Weston reportedly toured the property, which has fallen into disrepair and is earmarked for renovation. The hotel had previously employed over 450 persons.

During this year’s Budget Presentation, Browne promised that the Government would pay the severance due to the workers upon its successful acquisition of the property.

According to Browne, the Finance Minister, a US$200 million bond has been issued on the international capital market and has been fully subscribed.  Many persons are hoping that the drawdown will be used not only to pay severance to the Jolly Beach workers, but to pensioners and former LIAT employees, as well.

Browne has said that the proceeds from the bond will be used to implement projects that will stimulate the economy and secure growth of 8 per cent this year.   And two of these projects are the acquisition and renovation of the Jolly Beach Hotel and the construction of a hotel resort at Morris Bay.

Minister Weston, who was accompanied on the tour by engineers and architects, says once the funding is secured, his team is ready to move forward with the project and will commence work immediately.

On completion of the project, which is expected to transform the hotel into a four-star property with over 200 rooms, the Administration is hoping to employ over 500 persons at the facility.

Meanwhile, questions continue to be asked about the Administration’s plans.  Some residents accuse the Government of purchasing the property from itself, since it holds significant shares and once claimed to own the hotel.

Accordingly, one woman says that a scam is being perpetrated here.

Other persons, meanwhile, have said that Government ought not to get into the hospitality business, because it would be unfair competition against other resorts who must pay government taxes and duties.  And at least one businessman has said there is too much room for abuse by those politicians who are not inclined to pay for services 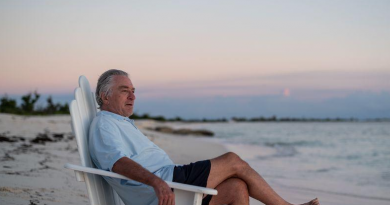