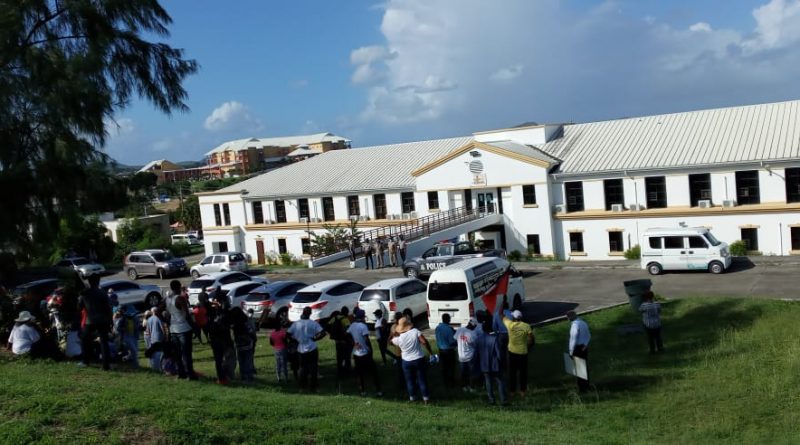 Supporters  who turned out this morning, December 14, to picket the Office of the Director of Public Prosecutions, as Harold Lovell, Political Leader of the United Progressive Party, arrived at the event.

The protesters showed up to signal their disapproval of the prosecutor’s decision to appeal the “Buses Case,” which involved three former ministers of government.

Scores of people – including Candidates and Executive Members of the UPP – took to the picket line.  They sang the National Anthem and chanted slogans to show support for Lovell and his former deputies, Willmoth Daniel and Dr. Jacqui Quinn.

All three were recently exonerated of corruption and fraud charges in the High Court.

One of the organisers of the event, Franz deFreitas, spoke to REAL News correspondent Ava Charles McKenzie  from the picket line.  Here, he decries  the strong-arm tactics the Police deployed in an attempt to stop the peaceful and lawful picket.

Fellow Candidate Algernon “Serpent” Watts, who will be contending in St. George, also spoke about the strong police presence at the picket.

Watts says he was not surprised to see the large number of police on the scene; but, he says, this was not necessary.

Meanwhile, Lovell is grateful for the support he is being shown by the many who turned out to the picket.

He maintains that the planned appeal of the High Court decision is a ploy by the Gaston Browne Administration to jail him and the other two accused. 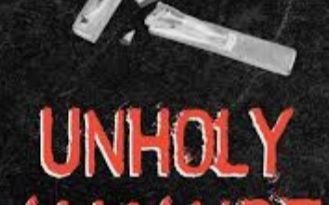 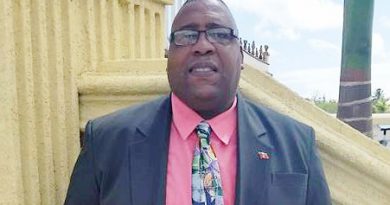 Time for the village to step in and raise the child, police inspector tells Nation’s adults, as violence in schools worsens 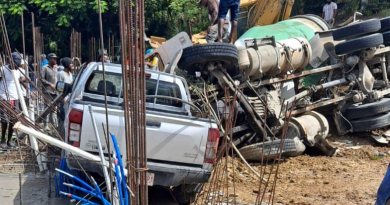