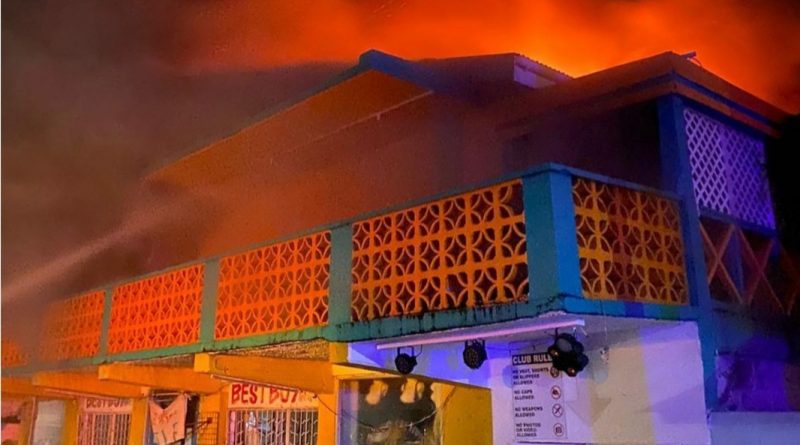 Investigators are probing the cause of a fire that gutted a store in the Newgate House building around mid-morning on Monday, December 6.

Thick plumes of smoke could be seen billowing from the building, as firefighters fought to extinguish the blaze emanating from the Dollar Paradise Variety Store on Newgate Street.

Reportedly, none of the contents could be saved on account of how quickly the fire spread.

The structure is two storeys high; however, the intense fire seemed to have affected only that store.  The business immediately east – a clothing store – was not burned; neither was a costume shop located upstairs.

Radio host Algernon “Serpent” Watts is critical of the Government for not having readily-available water for its fire trucks.  He notes that a private water truck is being used to cart water to fire scenes.

The Head of the Fire Department, Chief Elvis Weaver, had indicated previously that the water truck is  used as a backup in the event that  a hydrant runs out of water.

The lack of water – both in the truck and in the community – was blamed recently when a Sea View Farm home was destroyed altogether by fire.

Of concern to many residents now – particularly since Christmas is the time for many house fires – is the fact that there are not enough fire trucks in service.  Reportedly, several tenders have been condemned because of their age while at least one other is awaiting parts.

For quite a while now, one truck from the All Saints Fire Station has been deployed to the airport on a daily basis, in order to maintain international safety standards.

The last delivery of long-promised tenders was met with disbelief in some quarters, with critics dubbing them “toy trucks,” since they were not of the size requested. 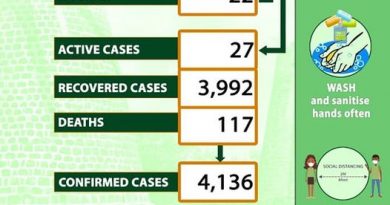 COVID-19 dashboard now updated to reflect deaths in the community, with total now at 117

Search by lawmen uncovers cash, cannabis, and ecstasy at Clare Hall home; son of a former cop taken into custody