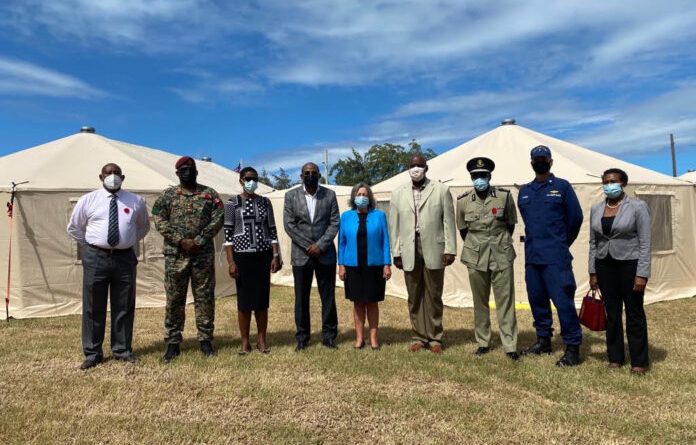 Residents are asking why two 40-bed field hospitals are needed to fight the pandemic at this time, with hospitalizations dropping and infections on the decline.

The United States Government donated the field hospitals to Antigua and Barbuda during a handover ceremony on Thursday, November 11.

US Ambassador Linda Taglialatela was among a number of local officials, including Prime Minister Gaston Browne and Chief Medical Officer Dr. Rhonda Sealy-Thomas, for the handover, which took place at the Antigua and Barbuda Defence Force Headquarters at Camp Blizzard.

Browne thanked the United States for the donation, saying that the gift is sizable in terms of value, and also very timely and appropriate given the challenges associated with the pandemic.

The field hospitals are valued at over US$1.3 million and come one week after the arrival of 23,300 Pfizer vaccines from the USA.

The gift reportedly will help respond to the ongoing pandemic and will expand the Ministry of Health’s capacity to prepare for future challenges, including hurricanes and other natural disasters.

However, many locals are viewing this donation with suspicion.  A woman says those in authority must know something that the rest of the population does not.

“It is like they are planning for a big natural disaster with many casualties, or for the COVID-19 cases to skyrocket again,” she says.  “Something about this seems very suspect to me.”

A man says he finds the timing of the donation strange since hospitalizations are reported to be at nine, and active cases are almost below 100.

He is also asking what has happened to the recently commissioned NTTC Centre and the Infectious Diseases Centre, which were specifically refurbished to accommodate COVID-19 patients.

Meanwhile, the Cabinet has also put a number of mandates in place to ramp up vaccination  and push the country toward herd immunity by the end of December.

Vaccinations, Health officials say, will reduce hospitalizations and deaths. “So why, then, the need for the field hospitals in the COVID-19 fight?” a man asks in puzzlement.

Meanwhile, other people tell REAL News that if the Administration had any conscience, one of these hospitals would have been erected in Barbuda, where the lone health facility was badly damaged in the 2017 hurricane. 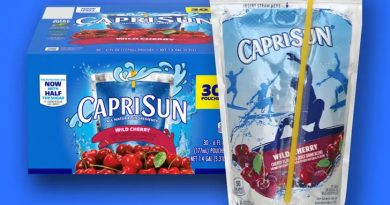