Reminding his audience that water is a human right, as declared by the United Nations, Harold Lovell, Political Leader of the United Progressive Party (UPP), says Antigua and Barbuda’s approach to water management has to change.

Therefore, in its commitment to improve delivery to various sectors, a UPP Administration will look to re-incorporate ground water into the distribution system, Lovell says.

As a former employee of the Antigua Public Utilities Authority (APUA) Water Division, Lovell recalls that, up to the late 1970s, potable-quality water used to be obtained from a number of wells, particularly in the southern section of Antigua.

However, he says, mainly because of poor planning for development, these sources became polluted by human encroachment, or were contaminated by sea water, making the water brackish.

Lovell notes that the Rural West community is one that utilized ground water in the past. Therefore, he believes that the installation of a purification station near the end of the water course would make it usable again – although not for certain purposes, like cooking and personal hygiene.

Similarly, he believes that treatment of the brackish water could make it fit for use and help farmers to irrigate their crops.

Meanwhile, one senior citizen, Elaine Samuel, recalls that, decades ago, several wells in the heart of St. John’s provided water to city-dwellers, who accessed the commodity by hand-pumps.

Samuel believes that modern technology could be deployed to locate these water reserves and they could be reincorporated into the distribution system, as well.

The Browne Administration had promised to establish a multimillion-gallon reverse osmosis plant in Bethesda by September 2022, but has since announced that it will not come onstream before 2023.
Given Antigua’s peculiar climate, Lovell acknowledges that the main method of water provision, going forward, will continue to be desalination. But, he says, it is the most expensive way to provide water.

Therefore, he says, ground water, as well as surface catchments, will have to be utilized, if the country is to enjoy regular and dependable water service in the long run.

The UPP has already made overtures to experts in Israel, and Lovell says that persons in Dubai have also been consulted about Antigua and Barbuda’s perennial water problems. 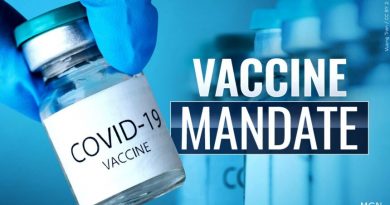