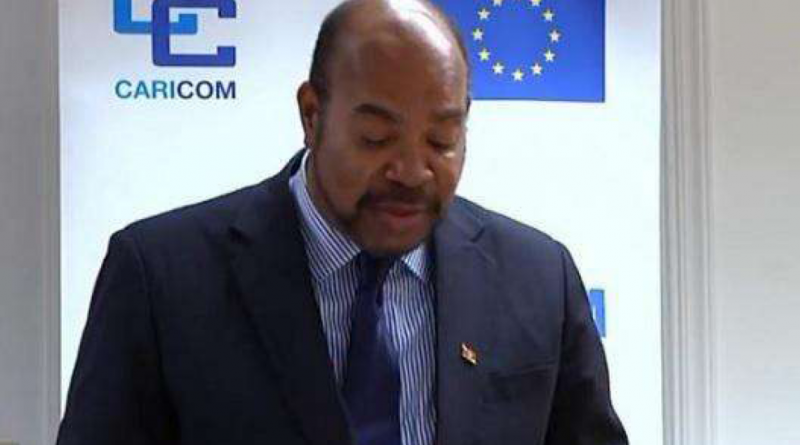 Information has come to light that a warrant of arrest has been issued for Antigua and Barbuda’s Director of Public Prosecutions (DPP), Anthony Armstrong, in his native Jamaica.

Apparently, the warrant relates to the case in which he was found guilty of professional misconduct by Jamaica’s Disciplinary Committee of the General Legal Council (GLC) last year.

In its ruling, the GLC found Armstrong to have acted contrary to the laws of Jamaica when he “witnessed” a document for a client who, at the time, was incarcerated in a US prison.

Armstrong has appealed the decision of the Committee, but the matter has not yet been heard.

Sources claim that, alongside the probe into his alleged misconduct, a criminal investigation into Armstrong was being run; and that investigation is still underway.

Unconfirmed online reports from Kingston say the warrant was issued within the last 48 hours. And, locally, it is alleged that Armstrong is making preparations to fly home this weekend and face whatever actions are being contemplated.

According to the sources, Prime Minister Gaston Browne was informed of the warrant and was not pleased with this turn of events.

It is alleged that Browne is upset that the DPP was allowed to return to duty in May – before the matter was brought to a complete settlement.

Armstrong had taken special leave from his position after the outcome of the misconduct case in Jamaica became public. At the time, he reportedly had offered to tender his resignation; but this was refused by Attorney-General Steadroy “Cutie” Benjamin.

Armstrong returned to his post and regular duties on May 8, and Chief Magistrate Joanne Walsh – who had been acting in the position of DPP while he was on leave – returned to hers.