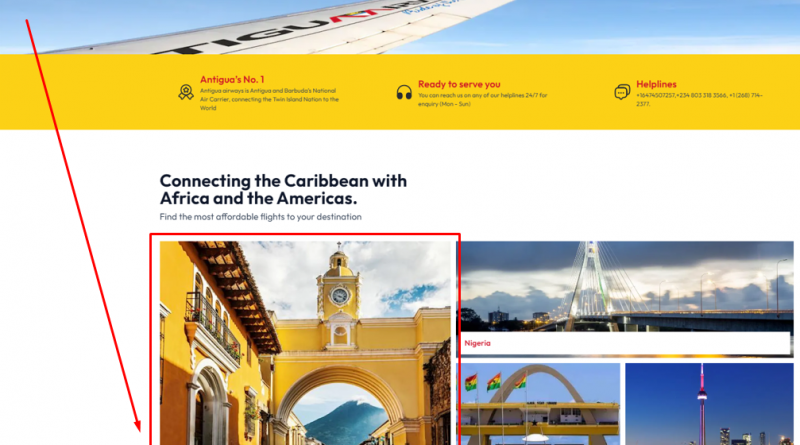 Another red flag has been raised regarding the Antigua Airways deal between the Gaston Browne Administration and an African investor, after the airline posted pictures of the Guatemalan city of Antigua to its website.

Rather than scenes of Antigua, West Indies, the airline’s promotional material depicted the Central American city’s Santa Catalina Arch among other iconic sites.

The clear confusion about this destination has led Harold Lovell, Political Leader of United Progressive Party (UPP), to conclude that “something is rotten in Denmark” – with regard to the agreement between the Administration and the Nigerian investor known only as “Mr. Mike.”

Lovell, a former Minister of Tourism, says it is shameful that the investor appears to have no clue about the country with which he is doing business.

Additionally, the airline’s official contact number is reported to be a cell phone, which would suggest that the company does not yet have an established office.

Lovell says nothing about this airline venture appears to be well thought out, and he notes that the Antigua and Barbuda Tourism Authority (ABTA) seems not to have had any input, either.

Having held the Aviation portfolio during his tenure in Tourism, Lovell says that one would expect that the Aviation Authority would have had some input, as well.

However, he acknowledges that he is unable to say what discussions might be taking place behind the scenes; hence, the UPP is in a wait-and-see position at this stage.

In the meantime, the Political Leader warns that another crooked scheme by the Browne Administration could ruin the name and reputation of Antigua and Barbuda.

So far, Lovell says, everything about this venture is pointing to shady dealings.

Meanwhile, an earlier social-media mention of the airline showed a photo of an aircraft branded Antigua Airways, bearing the national flag and the tagline “Ride of the Caribbean.”

However, yesterday, September 12, it was exposed as a photoshopped picture of a United Airline airplane.

Critics noted that the venture is being floated – or, reportedly, at least fronted – by Marvelous Mike Press Ltd., which specializes in digital printing services in Nigeria.

The company’s website indicates that passengers will experience “a better flying experience to your destination,” which apparently could be either in the Caribbean or the wider Americas.

The Cabinet Notes of July 20 reported that “the firm is hoping to collaborate with LIAT, flying passengers [from West Africa] north and south of Antigua.”

Last week, former Information Commissioner Alister Thomas urged the Government to be cautious about this venture, based on an alert he had received from his network of commissioners.

Today, he tells REAL News that the public needs to consider the possibilities of money-laundering or moving money here for election purposes, as well as the international scourge of human trafficking.

Given the glaring error in identifying Antigua and Barbuda as the partnering destination “at this last minute,” Thomas says residents must ask themselves, “How could they get it so wrong … if it is such an established or reputable airline?”

As much as we might want direct travel from Africa, Thomas adds, residents must be satisfied that the airline is legitimate, so that the country does not end up in any scandal or being blacklisted. 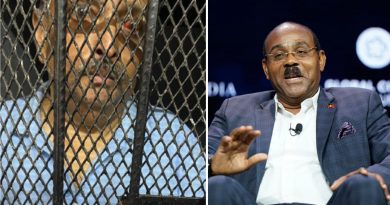 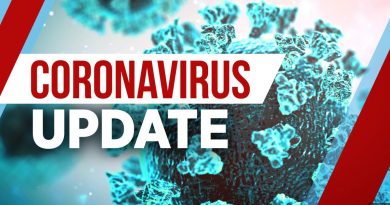 NO NEW COVID INFECTIONS RECORDED ON SUNDAY, WHILE ONLY 16 CASES ARE NOW ACTIVE