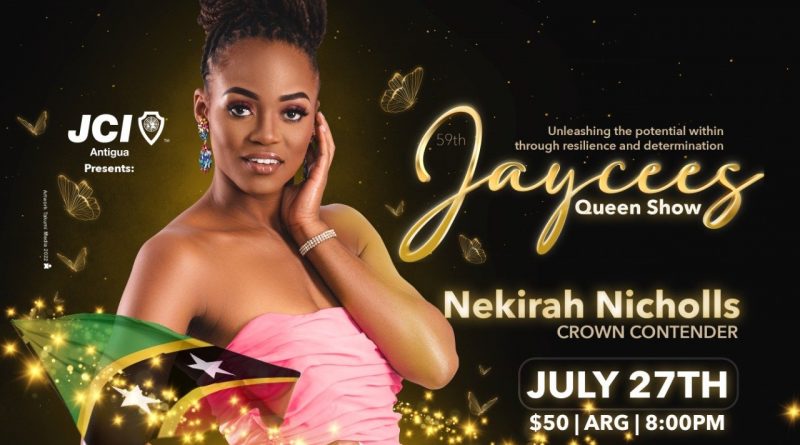 The 59th edition of the Jaycees Caribbean Queen Show saw Miss St. Kitts & Nevis, Nekirah Nicholls, copping the title and crown from a field of six other Caribbean beauties.

Nicholls won four of the five judged segments, firmly cementing her spot for the top position. She was judged best in the interview, swimwear, and performing talent, and displayed the best modeling skills in evening wear.

In the segments that were not judged, the title of Miss Congeniality was awarded to Haiti’s Emanuella Michel, while Most Photogenic and Best in Cultural Wear went to St. Lucia’s Verneuil.

St. Kitts’ Nicholls was judged Most True to the Theme, which was Unleashing the potential within, through resilience and determination.

For the first time, long-time pageant-watchers claim, Antigua and Barbuda did not place in the regional beauty contest. Nor did the local delegate, Brianna Anthony, win any segment or titles.

Anthony, of Jennings, competed in this year’s Antigua Labour Party Queen contest and was adjudged first runner-up. In a move that some residents saw as controversial, she was endorsed by the Cabinet to represent Antigua and Barbuda in the Jaycees pageant.

Anthony says she went out and did her best to represent the twin-island state.

Antigua and Barbuda’s Shannakisha Francis copped the crown in 2019. Owing to the COVID-19 pandemic and the ensuing absence of the competition, she retained it for three years, becoming the “longest-serving Jaycees queen.”

After a two-year hiatus, the Jaycees Committee pulled off a well-organized and choreographed show. 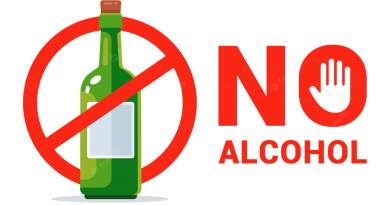 Top cop reminds residents that alcohol sales are prohibited on Election Day, and peaceful and lawful conduct is expected 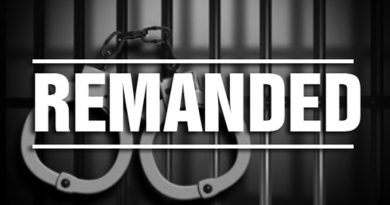 A TEENAGER HAS BEEN REMANDED TO HER MAJESTY’S PRISON 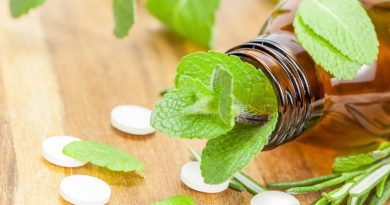