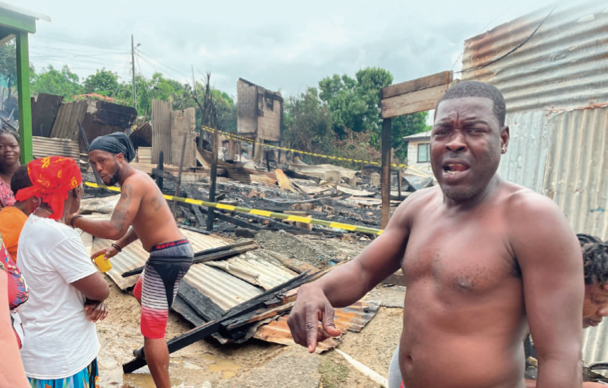 Inspector Lester Bagot, Spokesperson for the Fire Department, is thanking members of the Greenbay community who stood valiantly to help extinguish a four-house fire on Monday – and is admitting that the fire tender ran out of water.

As happened with a similar fire, in March, in The Point community, Greenbay residents were saying the firetruck had arrived on the scene without water.

However, Inspector Bagot says those rumours are not true; rather, he says, the truck does not hold the required capacity of water.

Accordingly, Bagot says the St. John’s station received assistance from the All Saints and Coolidge Fire Stations, as well as from a number of private water truckers.

Some reports said that 16 persons were left homeless, since the inferno completely destroyed four wooden houses. But Bagot says the Fire Department’s count, at the end of its firefighting operation, was actually 14 people.

The Inspector also commented on the bones that were discovered in the ruins of the fire, saying they are believed to be human remains. However, confirmation tests will have to be done.

According to Bagot, two fire tenders are expected here from the United Kingdom: one having a capacity of 2,500 gallons and the other 1,000 gallons of water.

He says the addition of these two trucks will go a very long way in assisting the Fire Brigade as it seeks to effectively tackle fires of this magnitude in the future.

These additional fire tenders are expected on island within two weeks.

Meanwhile,Senator Richard Lewis, the United Progressive Party’s Candidate for St. John’s Rural West, said on Monday that he was not impressed with the response of the fire services, and he called on the Administration to get the water issue sorted and to deliver the additional fire tenders promised.

When the blaze broke out in the Greenbay Hill-Baker’s Road neighbourhood, residents turned to the little water they had on hand to douse the fire and other homes to prevent the fire from spreading.

There was no government-supplied water running at the time, Lewis noted. 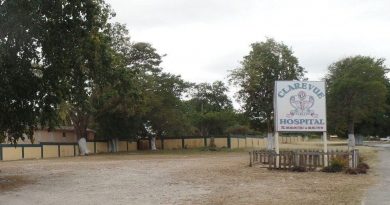 Clarevue staff promised payment by Friday, but vow to stay off the job until safety and equipment concerns are addressed