The Police are investigating a spate of larcenies and break-ins over the past four days, one involving a visitor to the island.

REAL News understands that a Houston, Texas, woman, a guest at a Halcyon Heights apartment, had a quantity of gold and silver jewelry, valued at over US$300, stolen from the apartment.

Additionally, her Mac Book Pro, valued at US$1,400, was taken from her bedroom between July 20 and July 21.

Reportedly, there were no signs of forced entry.

In another incident, an All Saints man reported that a brown bag with carpentry tools was stolen from his Toyota RAV4 jeep.

Someone had used a hard object to break the left rear quarter glass of the vehicle, inserted a hand to unlock the door, and removed the bag of tools.

This offence occurred overnight on July 21.

Also being probed is a case of building break-in and larceny at Marlyn’s Snackette, located at the YMCA Sports Complex, was broken into.

The owner, a Greenbay man, reported to the Criminal Investigations Department that two 20-lb gas cylinders, along with their hoses, and a hot dog grill valued at $895 had been stolen.

The intruders also made off with a quantity of food items and an assortment of drinks.

The offence took place sometime this week. However, the owner discovered the business ransacked and the items missing only on Thursday, July 21.

Reportedly, a hard implement was used to pry off a length of wood on an east-facing window by which the intruders entered the business.

In another incident, the owner of Marklo Fast Food Restaurant on Fort Road had his silver Mark X motorcar, valued $12,500, stolen from the compound of the business.

Reports say the Fort Road man left his vehicle parked on the eastern side of the premises and, sometime after 10 p.m. on July 21, discovered it had been stolen.

And in yet another larceny, a Yorks Village woman reported that a black-and-white knapsack containing an Apple iPhone 7 plus; a Samsung A10s cell phone; a Social Security card; and a Community First Credit Union ATM bank card was stolen while she was at Runaway Beach on July 21 at about 3:30 p.m.

The woman reportedly had left the knapsack on a bench while she was swimming, only to return later and find it gone.

Meanwhile, a Joshua Street, Browne’s Avenue, resident had a number of items stolen from her home on Thursday morning, July 21. Taken were two televisions, two security cameras and the hard drive for the cameras, and a pink bag.

Reportedly, a male neighbor witnessed an unknown man breaking into the woman’s house and telephoned Police Headquarters to make a report.

The perpetrator is said to be dark in complexion and was dressed in a grey vest and black pants and had a black shirt tied around his face.

The man allegedly used a hard object to break the bottom portion of a western window and gain entry into the home.

Reports say the Police conducted a search in the immediate surroundings and the items were found in some nearby bushes.

A search was also carried out for any suspicious person, and a 28-year-old Bendals villager was found and detained on suspicion of house break-in and larceny.

And, finally, a taxi operator had his jumper-cables stolen from his Toyota Hiace bus sometime in the early hours of Thursday, July 21, in Villa.

In this instance, too, someone had used a hard object to break the glass on the front passenger side to gain entry into the vehicle. Having done so, the person ransacked the vehicle and took the jumper cables. 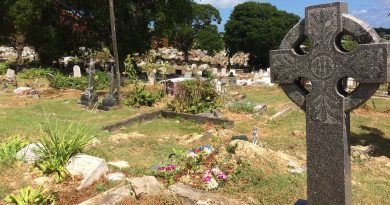 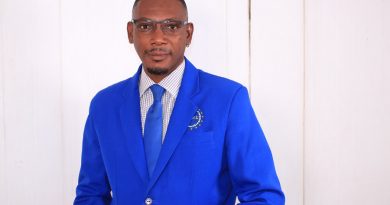