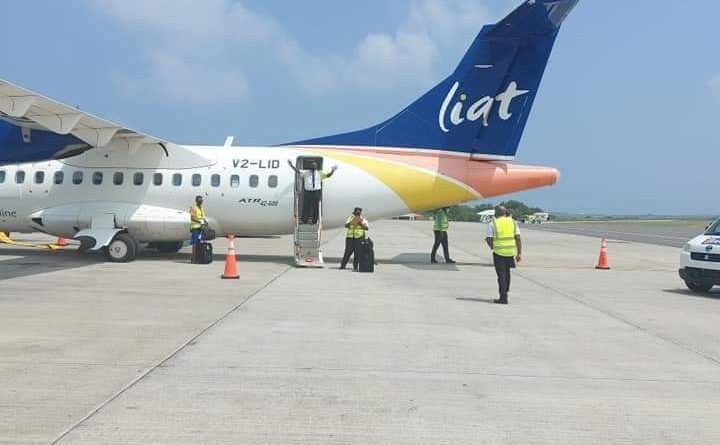 Former workers of LIAT (1974) Ltd. who reside in Antigua and Barbuda are wondering what will become of them, after learning that the St. Lucia Government will pay all outstanding monies to citizens who were terminated two years ago by the carrier.

The announcement was made by Prime Minister Phillip J. Pierre during his 2022 Budget Presentation to Parliament.

St. Lucia is not even a shareholder in LIAT; and its announcement on Tuesday, April 26, has persons asking if the Gaston Browne Administration will follow suit.

However, Chester Hughes, Deputy General-Secretary of the Antigua and Barbuda Workers’ Union, says the Administration has done nothing but disrespect the former airline employees.

Hughes says the Union – which represents the former workers – has not been kept in the loop about anything related to the hundreds of people it represents.

The Union official says the time has come for governments to set aside their egos and determine the future of their citizens.  In short, he says, the shareholder governments are responsible for paying the workers their severance.

Just like Barbados and Dominica, the Antigua and Barbuda Government is a shareholder of the airline.

Since the Browne Administration took over the company, its assets and liabilities, then it is responsible for paying the severance – just like any private- sector company, which LIAT is, Hughes says.

Meanwhile, the Deputy General-Secretary says he is confident that a United Progressive Party Administration will find the resources to pay the workers their outstanding monies.

The former LIAT workers reportedly are owed more than $75 million and were sent home in 2020 without severance or their other entitlements.

Some of the local workers accepted a so-called “compassionate” payment in December 2021 from the Browne Administration.  Reportedly, they were required to waive their rights to a future settlement in order to receive the payment.

Benjamin is ‘sleeping on the job,’ Lovell says in response to contraband found at Prison and under-provisioning of Police