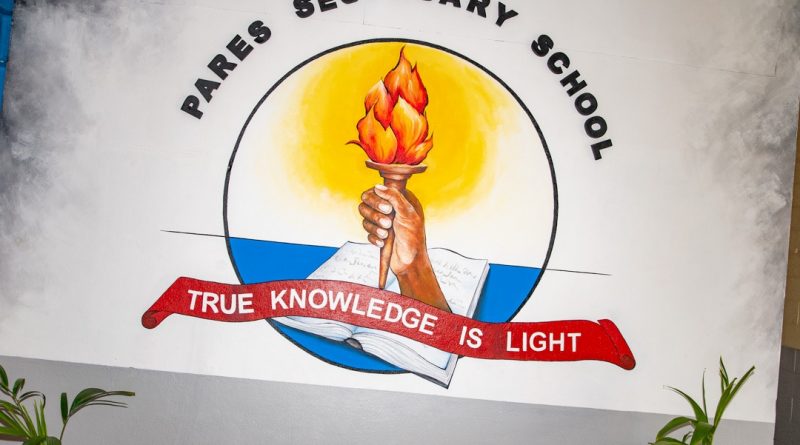 Some students at the Pares Secondary School are reportedly not pleased with the management style of their principal, and this led to the staging of a protest at the school on Tuesday, March 8.

According to reports, the students say the head teacher’s management style is out of date and her relationship with teachers and the student body is allegedly strained.

This forced some pupils, who apparently were upset by this situation, to hold a picket outside the school’s compound to draw attention to their plight.

They demanded better treatment from the principal as they held their placards aloft.  Some read: “Madam Principal, since when caring for a student has become a crime?” “Build kindness not walls,” and “Respect goes both ways.”

The disgruntled students, believed to be from an upper form, also chanted, “No justice, no peace.”

The students feel they are being harshly disciplined for simple infractions, including being issued detentions and suspensions, and they wanted to bring the matter to light.

Another matter which had the students’ aggrieved is that a Level Head — a teacher who has overall responsibilities for all classes that make up a specific form — was allegedly removed from her position by the principal, and they are calling for her reinstatement.

Reports are that the affected teacher is greatly respected by her students, which prompted them to take their action.

The alleged tension between the school’s management and its faculty is reportedly coming to a head and the students are beginning to notice.

Video footage of the picket went into wide circulation, prompting Ministry of Education officials to convene an emergency meeting at the secondary school. However, the outcome of those talks has not been disclosed.

The students have also since returned to the classroom.