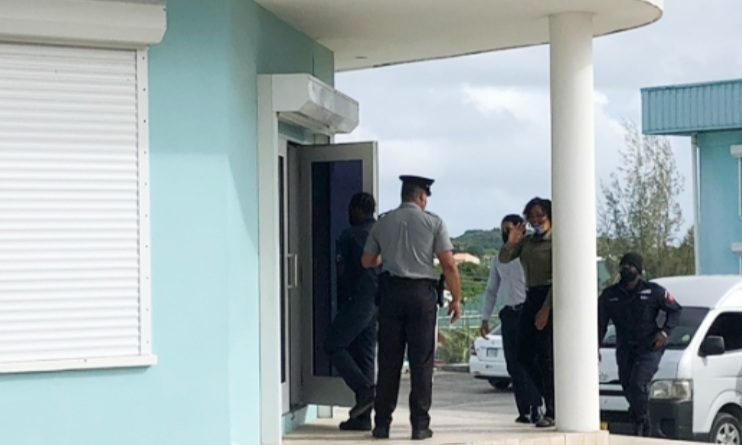 Three men are due to make an appearance in the All Saints Magistrate’s Court today, November 8, on a joint kidnapping charge.

The Police have charged Zamir and Obasic O’Garro, along with Uroy Joseph, all of Liberta, for the abduction of Arthur James, who has been missing since Thursday, October 28.

James, of Grays Farm, was last seen entering Joseph’s home; but he was never seen leaving the property.  Instead, his burnt-out vehicle, with a charred body in the trunk, was discovered in a bushy area near Freetown the following Saturday.

A source told REAL News that men were seen carrying what appeared to be a body wrapped in a sheet from Joseph’s house and placing it in the back of James’ car.

Joseph subsequently turned himself in to the Police on November 1.

A missing person’s report was filed at the Freetown Police Station by a family member on October 30, the day of the discovery.

Following that, a team comprising police officers and Defence Force soldiers conducted searches in the St. Phillip and Freetown areas, where a mobile phone believed to be James’ was located.  To date, his body has not been confirmed as found.

A post mortem will have to be done on the remains found in James’ car trunk to determine if it is, in fact, the missing man.  However, his friends and girlfriend have already conceded that the corpse is James.

Police are still appealing for information that can further their investigations.  Persons should contact the Criminal Investigations Department (CID) at 462-3913, or call Crimestoppers at 800-Tips (4877).

General elections appear to be near, as ABEC is directed to order ballot paper; UPP will not be caught off guard this time