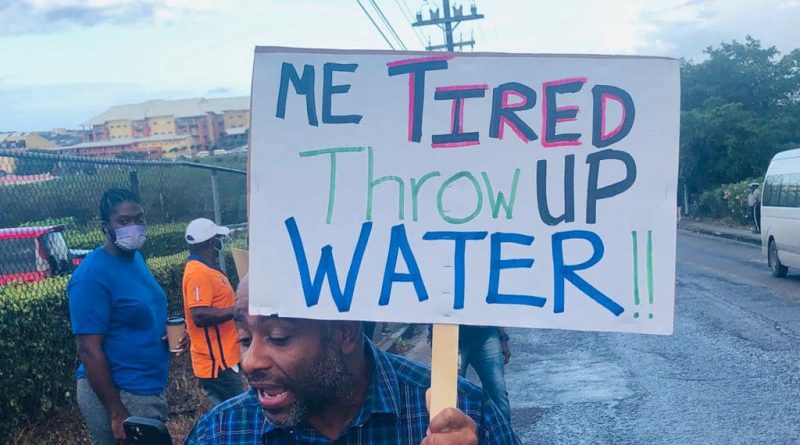 In an event dubbed “The People’s Picket,” patriotic Antiguans and Barbudans carried placards that spoke to national issues, including the recent hike in fuel prices. The water situation was also highlighted on what should have been the celebration of “World Water Day.”

Franz deFreitas, one of the concerned citizens who organized the event, spoke to the Good Morning Sass Show from the picket line early this morning.

DeFreitas says the Gaston Browne Administration will continue to run roughshod over the people of Antigua and Barbuda if they fail to stand up for their rights and their convictions.

He says the picket is just one way of voicing their displeasure with the Government and what is taking place in the country.

Meanwhile, deFreitas, who is also the United Progressive Party Candidate for City South, says the Browne Administration has done nothing meaningful for residents in terms of easing their economic burdens.

Instead, he says, the Administration continues to “put on put” to break the backs of the people.

The City South Candidate says there is not a single Labour Party MP who has delivered anything of worth to the constituents.

Accordingly, this is the time to stand up and say “enough is enough; we have had it; and it’s time for you to go,” or no change will come, deFreitas says.

Cell phones stolen during recent break-in of DIGICEL store are found in cells at Her Majesty’s Prison; Police are investigating

Senator Joseph says Sir Molwyn disrespected constituents with siting of project, and that its timing is politically motivated