Another vaccine will be added to the country’s existing arsenal, increasing the choices from five to six.

Over the weekend, Prime Minister Gaston Browne announced that Antigua and Barbuda will soon be offering the Moderna vaccine.

Coincidentally, this is the drug that Browne reportedly took, secretly, at the beginning of the year, when it was under embargo in the United States.

Browne says the manufacturer of the vaccine has decided to make a few million vials available to Latin America and the Caribbean.  This is expected to take place in the coming weeks through the COVAX facility.

Therefore, Antigua and Barbuda should get the Moderna vaccine at a reduced price, since it is  even more expensive than the AstraZeneca drug, Browne says.

He adds that the current stock of vaccines is enough to inoculate the country’s over-90,000 population.

While he says it is important to expand the choice of vaccines available here, only 10,000 doses of the Moderna drug will be ordered initially, he notes.

Many people are currently showing a preference for the Pfizer BioNTech vaccine compared to the AstraZeneca, Johnson and Johnson, Sinopharm and Sputnik V.

However, some people have expressed an interest in taking the Moderna drug.

No sign of foul play in the sudden death of Perry Bay man, Police say; post-mortem exam will determine cause 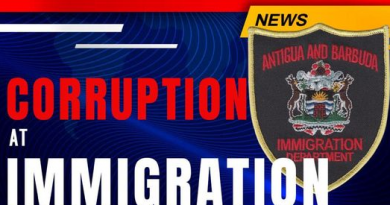